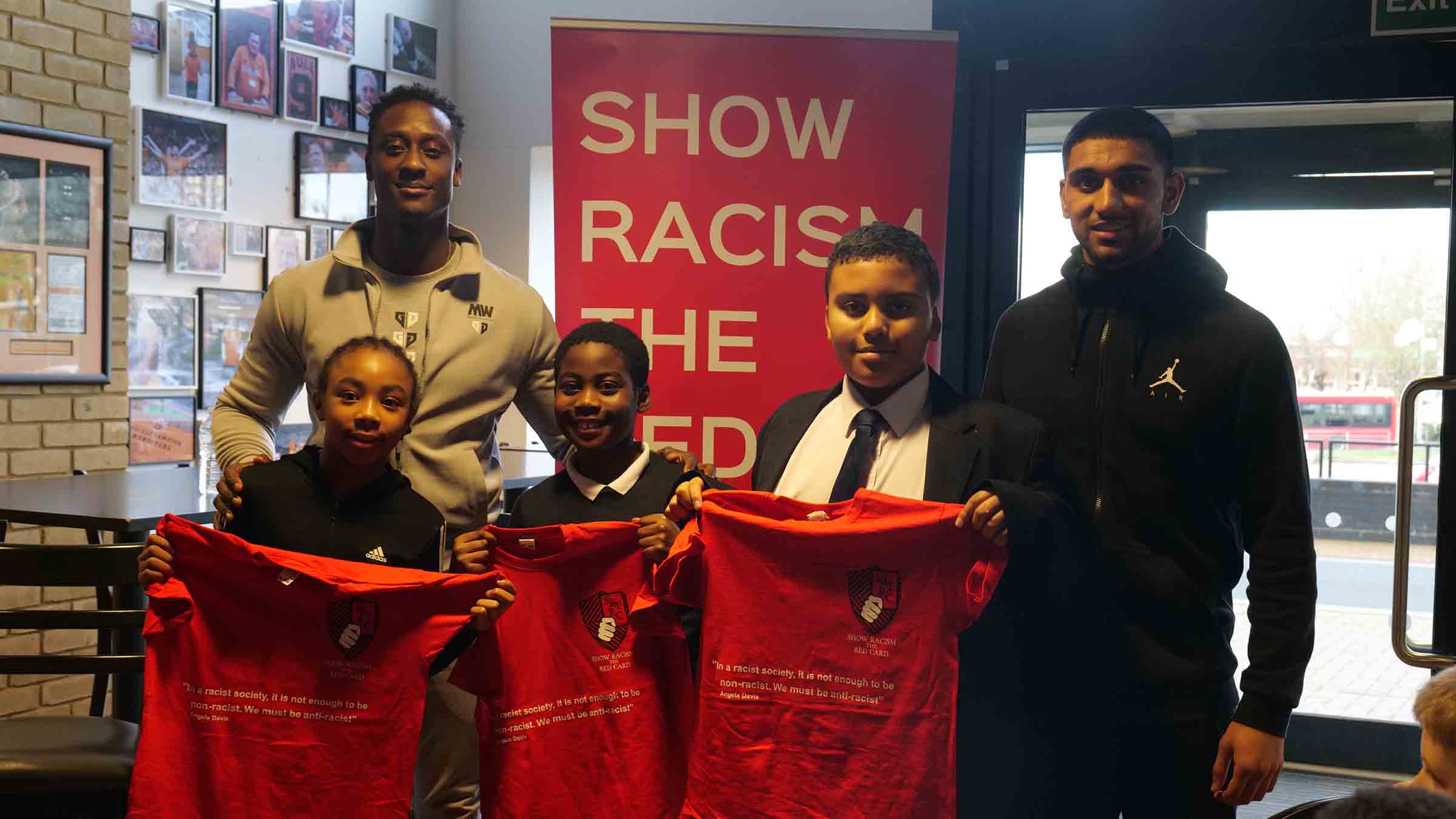 Youth from Woden, Woodfield and Fallings Park schools participated in the event hosted by the SRTRC team led by Fred Harms who described the definition of racism, associated stereotypes and how to report incidents of racism .

A video was also released featuring top footballers and athletes discussing their experiences ahead of the Q&A, which included former Wolves Academy graduate and young pro Marlon Walters, and current academic of the Kam Kandola Academy, who has just drawn up his first professional contract.

Walters described his experiences of racism during his childhood and football career, highlighting the vital role of coach Terry Connor during his time at Molineux, while Kandola, who is part of the Inclusion Mentorship Program Asian PFA, echoed views on the importance of calling incidents in in order to eradicate discrimination.

â€œI think it’s so important that kids have access and understand what to do if they are the victim of racism,â€ Walters said.

â€œAnd this is even for those who see examples with others, not just to receive them directly.

â€œIt is important to understand that it is okay to tackle these incidents, report them and discuss them with a parent or teacher.

â€œChildren learn, times change and our children sometimes become our teachers and keep us up to date with the news and how to run things.

â€œI felt like in my day when I was a victim of racism, I only knew one or two ways to deal with it, which was conflicting in nature.

â€œThis method was completely ineffective, it was not fair, and if it had continued it would have affected me in the long term.

â€œIf I had attended a workshop like this when I was younger, it would have helped me and given me confidence to tackle it more effectively.

“I had a first hand experience and sometimes it can affect you as an adult, so running workshops like this for young people can be life changing.”

Seth Ejukwu, a campaign worker for Show Racism The Red Card, also joined Walters and Kandola on the panel.

Ejukwu has revealed how being a victim of racism at an English university opened his eyes to the problem, before launching his own online campaign before landing a job at SRTRC.

In revealing how the examples of racism seen in football stadiums or in cricket and other sports reflect society, he also cited an analogy put forward by SRTRC Honorary President, the former goalkeeper of goal Shaka Hislop.

â€œThe young people here are our future leaders and we have to educate them properly,â€ says Ejukwu.

â€œWe need to make them understand what racism is and how it affects our culture, our society and our community.

â€œRacism is a social thing and while football as an industry helps tackle this problem, when it occurs in football it is a reflection of the community.

â€œShaka’s analogy explains how when the pandemic hit last year, and around the world, everyone was struggling, nobody sat down and said they didn’t care or it didn’t. didn’t bother them.

â€œEveryone got together to say what do we have to do to survive?

â€œWe have to use the same analogy for racism and shouldn’t just say it happens in football or it happens in cricket, so that’s their problem.

“We have to see it as a problem, like a pandemic, and the only way to eradicate it is to come together in the same way.”

Kandola is Wolves’ only professional of South Asian descent and admits there is added motivation to potentially be a role model youngsters aspire to.

â€œI think it gives you extra motivation to break down that barrier and, as a South Asian, to be a role model for young boys and try to get them to do the same,â€ he said.

â€œTo be where I want to be, I have to keep working hard and not get caught up in signing a professional contract and letting go.

â€œI have to keep working and improving.

Kandola was certainly an inspiration to the young people present at the workshop which provided some really successful and insightful hours for all participants.

â€œWe were very happy to support Show Racism The Red Card with their event here in Molineux,â€ said Greg Warren, Senior Education Officer for the Foundation.

â€œThe impact on children of educating themselves and educating others in school is fantastic to see.

â€œFred and the team were brilliant, and the students from our partner schools in Woodfield, Woden and Fallings Park were very engaged in the workshop and the interviews at the end were a testament to their level of engagement.

Wolves Academy graduates Kam Kandola and Marlon Walters were also brilliant in taking the time to answer students’ questions and giving real-life experience of previous cases and how to report them. “

For Walters meanwhile, who was back at Molineux just a few weeks ago watching his nephew Demarai Gray play for Everton, it’s always special to come back to the club where he spent a decade climbing the ranks.

He went on to enjoy a successful career outside the league, then as a coach and assistant manager, with his main role now focused on managing MW Fitness & Community Care, which specializes in many areas including youth mentoring. as well as health and fitness.

“Every time I come back to Molineux, or even Wolverhampton, it’s like another home for me,” he explained.

â€œI have met some of my closest friends here, so many great people, and it has taught me discipline.

â€œIt was a multicultural environment with a family atmosphere where I felt included and part of something.

â€œFor me, being able to come back and pass on some of my values â€‹â€‹and the discoveries of my journey is a special day for which I am very grateful. “

Inside the new Workshop Kitchen & Bar in Los Angeles, the modernist diner live…

WorldDAB organizes a workshop at the IBC show