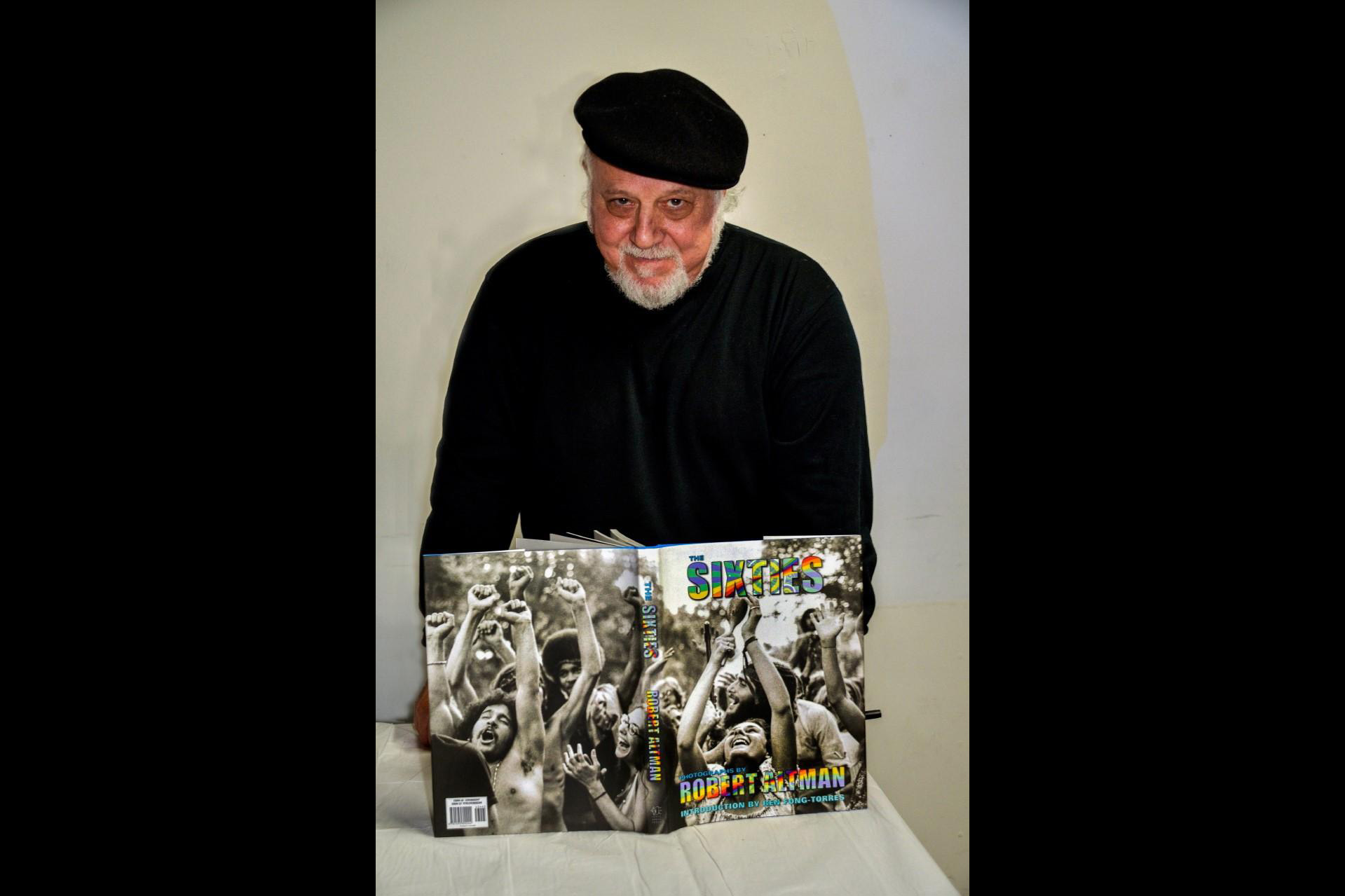 At booth 21 at the back of John’s Grill on Ellis Street in San Francisco, the ’60s are still alive today.

Some of the best stories have come from photographer Robert Altman, who published a book in 2007 called “The Sixties: Photographs” based largely on his brief but influential filming gigs and cover portraits for Rolling Stone magazine. He was 76 years old.

Altman never dissuaded anyone confusing him with the famous filmmaker of the same name, and his stories could run from lunchtime to cocktail hour and until the evening, when the group of regulars in politics, entertainment and media should abandon booth 21 to the dinner crowd.

But he stopped coming to John’s for Friday lunch without an explanation. On September 24, regulars at John’s found out why. He was silently suffering treatment for esophageal cancer. Although in remission, he was found deceased by police who responded to a welfare call at his Howard Street apartment, south of Market.

Her death was confirmed by the executor of her estate, Felicia McRee of Houston.

The cause of death is pending a coroner’s report. But John’s Grill publicist Lee Houskeeper said radiation therapy had made him unable to drink Manhattan and eat chops, Sam Spade’s lunch. It would have been slow torture for Altman to sit in Cabin 21 without these pleasures, unable to speak loudly enough to be heard, Houskeeper said.

â€œThe stories Robert could tell of the adventures he had with people he met and photographed were epic,â€ said Eric Christensen, an arts and television entertainment producer who was part of the lunch group. which included sex columnist Eugene “Dr. Hip” Schoenfeld and, before his death, 1960s concert promoter Chet Helms The owner was the host and always signed the bill before presenting it to restaurant owner John Konstin.

â€œRobert was mentioning a name like Tim Leary, and we could repeat it with our own stories,â€ Houskeeper said.

Altman lived alone for years with 30,000 35mm negatives and 2,000 prints dating mostly from 1967 to 1975. But three years ago his life’s work was acquired by UC Berkeley to form the Photographic Archives. Robert Altman in the Bancroft Library. It is intended to become a primary research source on the American West at the library.

â€œRobert Altman was very drawn to the burgeoning counterculture movement and became its visual poet by photographing Be-Ins, Love-Ins and other Happenings in San Francisco, Berkeley and beyond,â€ Christine Hult said. -Lewis, Interim Pictorial Curator at Bancroft. â€œAlthough his photographs were often taken at major events, Altman had a special knack for capturing the defining moment in his portraits of the flower children, hippies, musicians, protesters, revolutionaries and the artists who presented themselves. in front of his lens. “

Robert Mark Altman was born October 10, 1944 in New York City and grew up next to Mosholu Parkway in the Bronx. After graduating from Clinton DeWitt High School, he attended Hunter College in the Bronx, where he began carrying a camera as a topic of conversation, according to his college buddy Hank Berman, a psychotherapist in San Francisco.

â€œHe wasn’t shy about using it for social purposes, to meet girls,â€ Berman said. “A slung camera makes you interesting, and it had a certain charisma.”

After earning a Bachelor of Arts degree from Hunter. in psychology and anthropology, he moved to the East Village in Manhattan, where he became a disciple of Yogi Swami Satchidananda, founder of the Integral Yoga Institute.

Altman worked at a psychedelic store called Electric Lotus and began posting his photos on the bulletin board. Customers noticed it and it gave Altman the confidence to pick up his Pentax Spotmatic and drive to San Francisco with a friend in August 1968. It was just meant to be a road trip, but Altman got away with it. saw an inexpensive apartment near Bernal Hill offered and accepted it. a whim.

His first images, of the hippie scene on a Sunday in Golden Gate Park, were published in an underground rag called Good Times.

“They gave me the front page and the full back cover and an inside page,” he later told rock reporter Ben Fong-Torres, who wrote the introduction to “The Sixties.” “I was up all night waiting for the newspaper to come out.”

A photo he took of Peter Fonda, in the light of “Easy Rider,” caught the eye of Rolling Stone’s art director, and in an 18-month flurry, Altman filmed the rock scene such that it happened, from the Avalon Ballroom to Altamont. As his work circulated, his name became known, giving him access to otherwise thorny subjects such as Jim Morrison, as well as Mick Jagger and Keith Richards, whom Altman photographed during the “Let it Bleed â€by the Rolling Stones.

Altman’s tenure at Rolling Stone lasted less than two years, from 1969 to 71, but he was one of the Fab Four photographers which included Baron Wolman, Jim Marshall, and Annie Leibovitz.

â€œI will always think of Robert as the reverse of 60s rock and photography,â€ said Fong-Torres, who worked with Altman at Rolling Stone. â€œThere were wild and crazy characters, capturing the scene and sometimes being a part of it. Robert was a gentle, gentle and selfless artist. You can detect it from its work. â€¦ He always had his shot.

Their big hit landed an interview with Grouch Marx for its first issue. Altman took the cover photo. But Flash was really a Flash, which only lasted one issue.

â€œRobert was a very enthusiastic and fun guy to work with,â€ Carroll said. “It was part of a wonderful doomed experiment, which was the idea that a group of creatives could publish a magazine using make-believe money.”

After that, Altman turned to fashion photography and married Holly Ann Zetterberg, a model who owned an agency. Their marriage ended in divorce and he never remarried, although he was lucky.

â€œRobert has never met a stranger,â€ McRee said, proof of that. Altman befriended her on a bus upstate New York in 1996. He took a picture of her and got her phone number, and it started a 25-year relationship where McRee served as the muse, model and executor of his estate, which consisted of his images.

The deal with Bancroft allowed him to retire and the archives were moved in stages over several years. When the last box was picked up in May 2019, Altman left a voicemail message for McRee, who had long since moved to Houston.

He had no survivors.