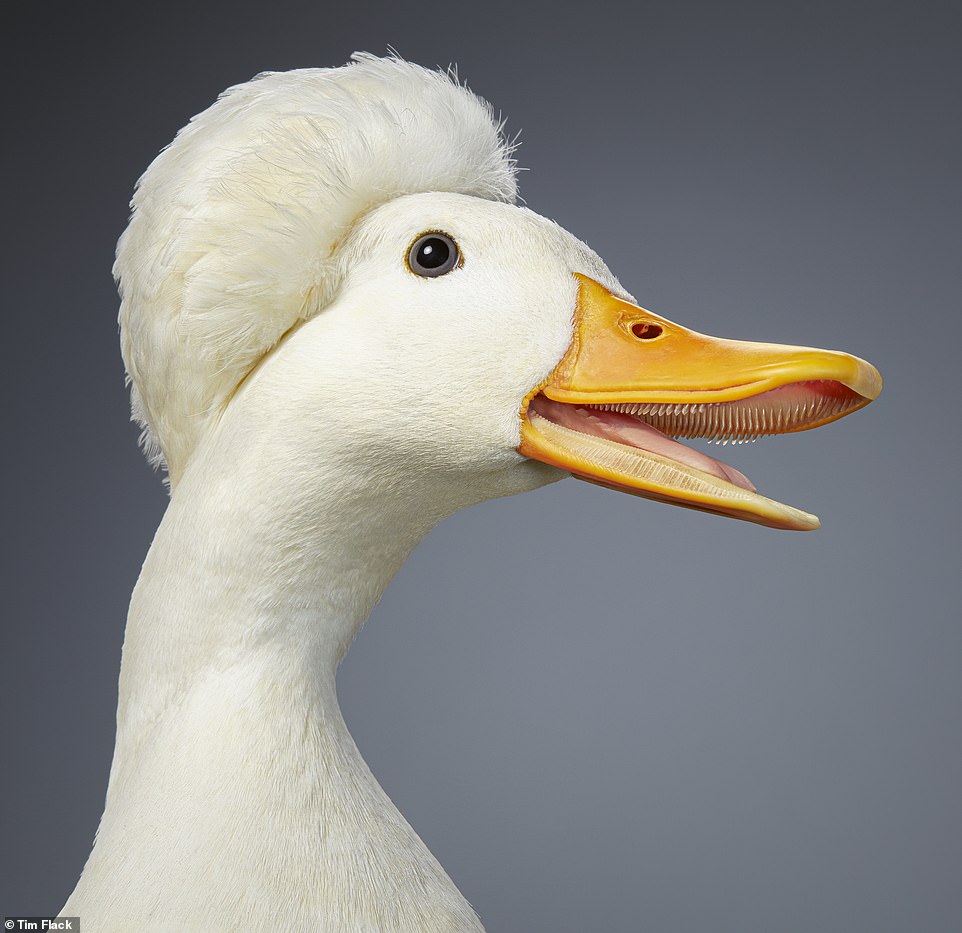 Fantastic flocking! Stunning birds from around the world are celebrated in Nature Photographer’s new book – from a species of British duck to a majestic Australian cockatoo

By Claire Toureille For Mailonline

From a flamboyant flamingos to a crested cockatoo, a photographer showcases some of the world’s brightest birds in a dazzling new book.

London photographer Tim Flack, an honorary member of the Royal Photographic Society, travels the world photographing animals and turned to our feathered friends for his latest title, Birds, published by Abrams Books.

Flack said: “When I started this project my intention was to explore the beauty and wonder of birds by depicting them in a series of portraits, abstract and in flight.

“For many of us, the global pandemic has heightened our awareness of nature and especially birds, which by their very presence have awakened our senses and uplifted our spirits.

“The forced loneliness of the lockdown also gave me the opportunity to reflect on my photographic processes and to glean new inspiration from old masters such as Rembrandt and Turner.

‘I I hope this book will reveal more about how truly amazing they really are, while also inspiring empathy and encouraging retention and support. Connecting people to the natural world has never been more important.

What’s up, duck? The Miniature White Crested Duck is a smaller version of the Crested Duck and is native to Yorkshire. It is featured in the new book by London photographer Tim Flack, honorary member of the Royal Photographic Society 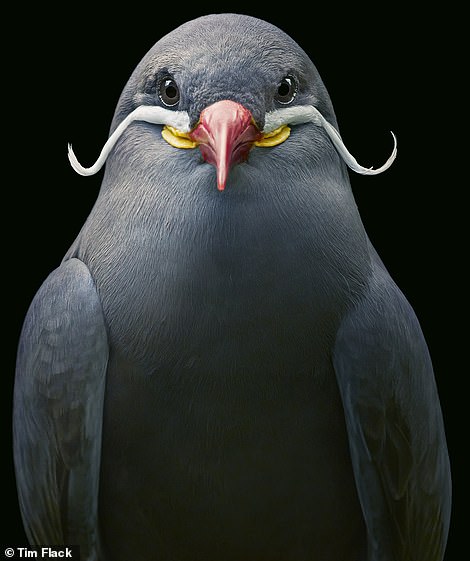 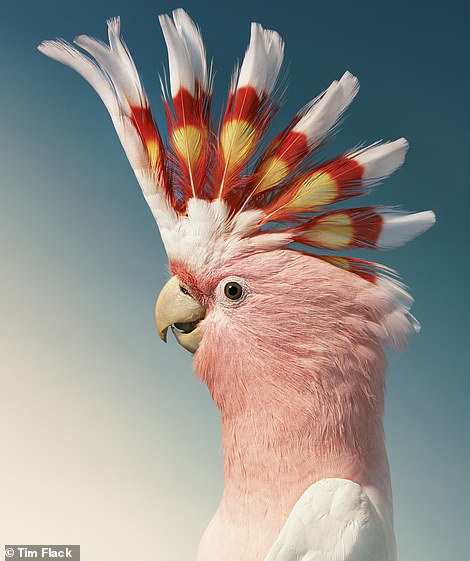 Showing off their feathers: an Inca tern from Peru, which appears to have a large mustache (left). Right, a Major Mitchell Cockatoo, a bird known for its delicate pink and white feathers 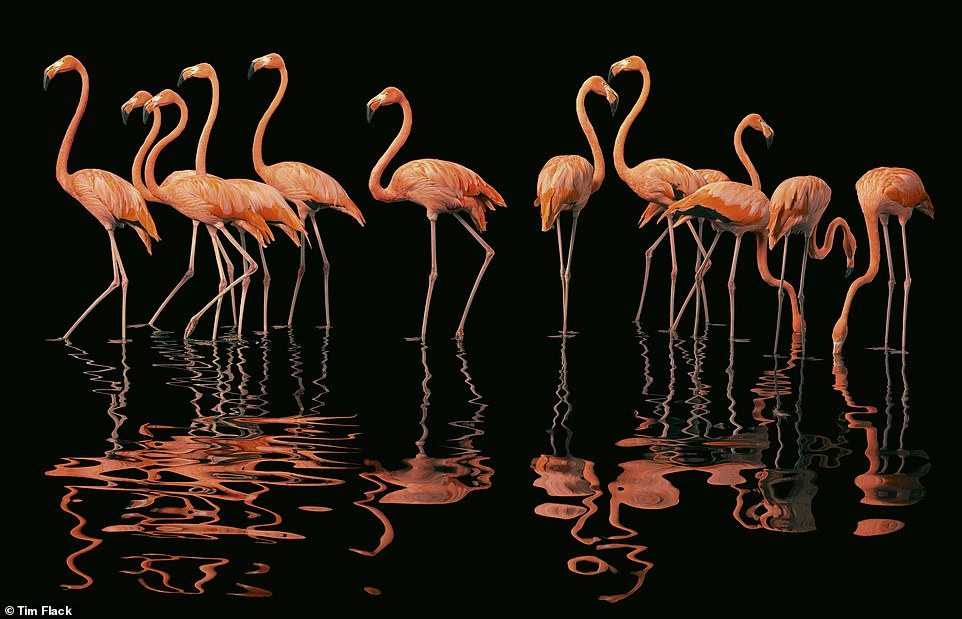 Best foot forward: a flamboyance of flamingos, the only species of flamingo that inhabit North America 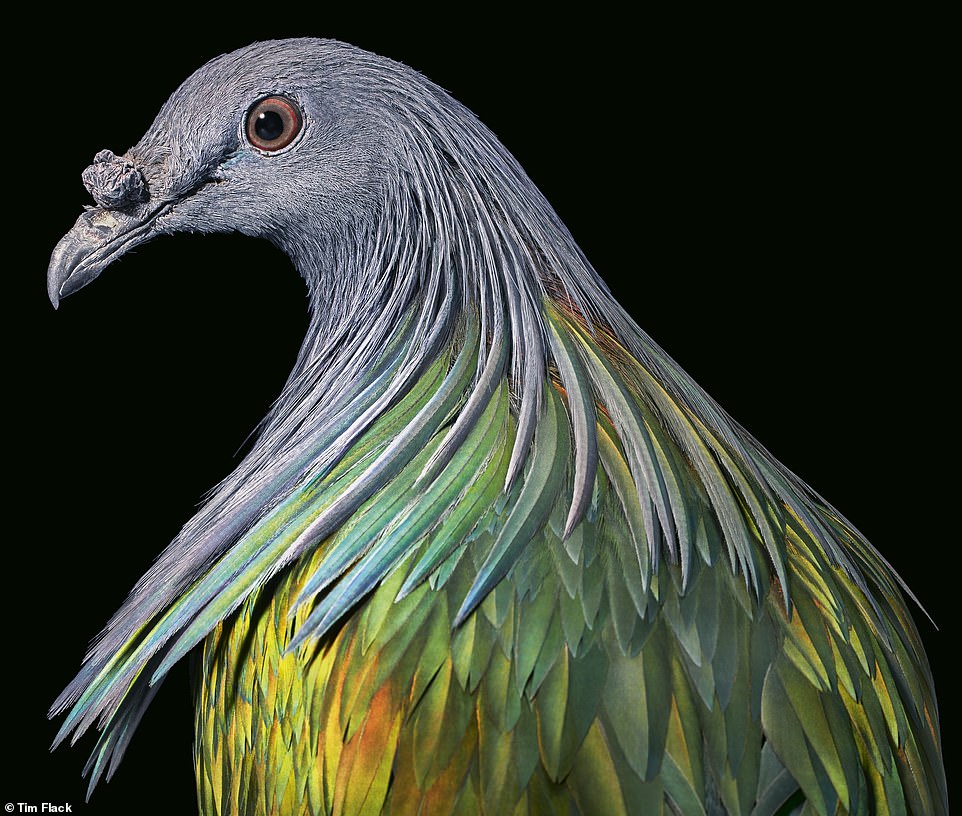 Touch of color! Nicobar pigeon, native to Asia, has colorful feathers that would put UK gray pigeons to shame 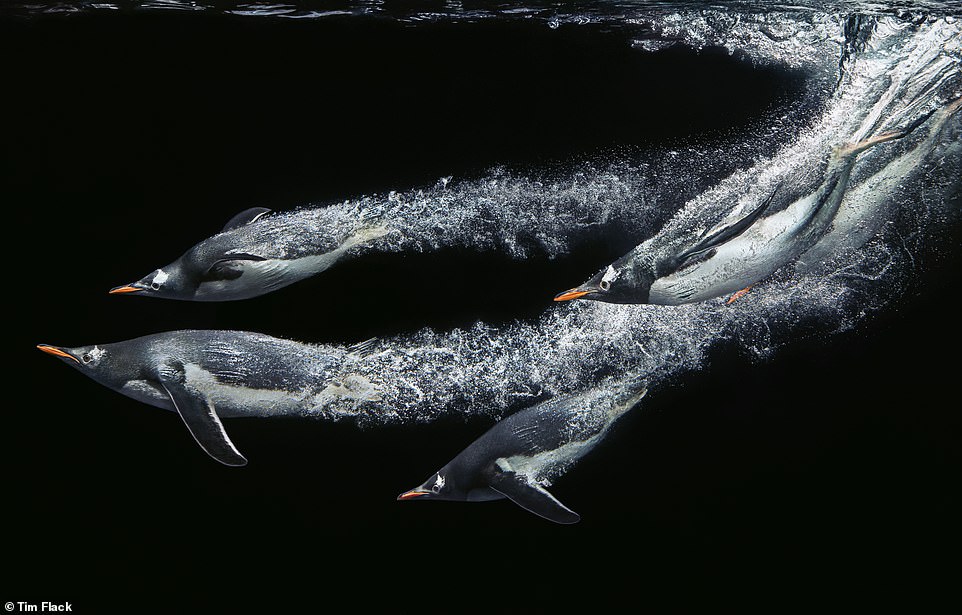 Dive into the depths: A raft of gentoo penguins, typically found near the Falkland Islands, is pictured diving into the water 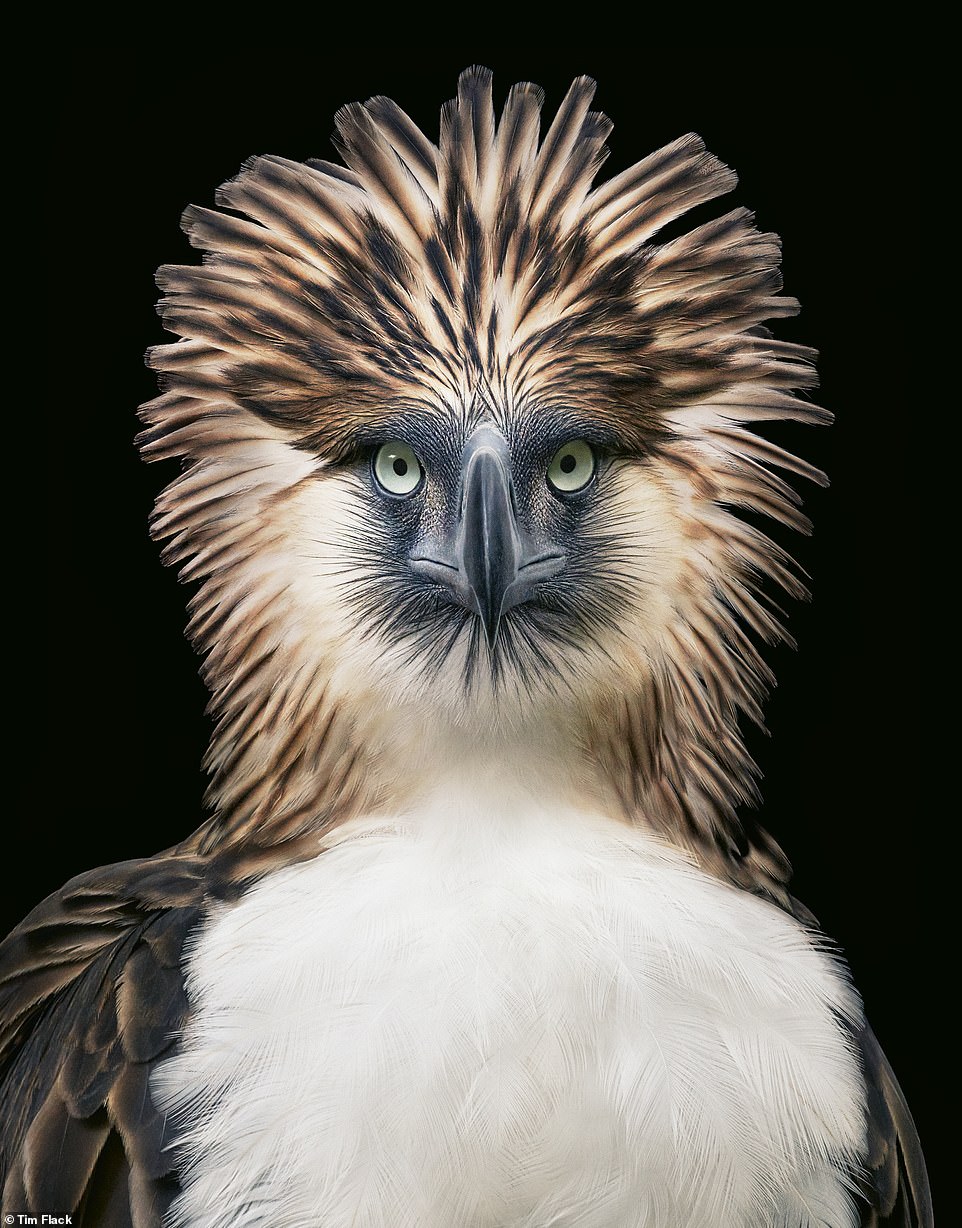 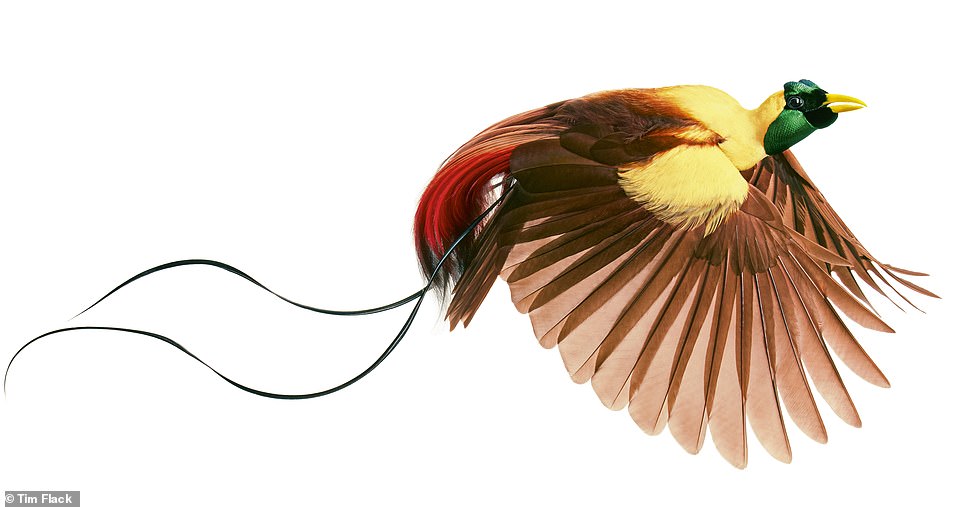 Celestial! Tim photographed this red bird of paradise in flight. It is located on the Waigeo and Batanta Islands of Raja Ampat, West Papua 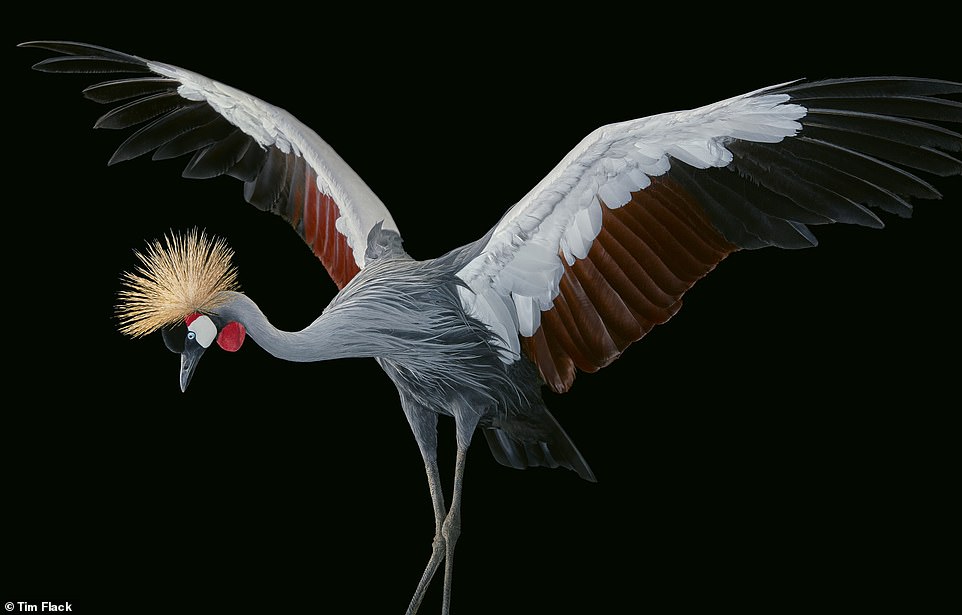 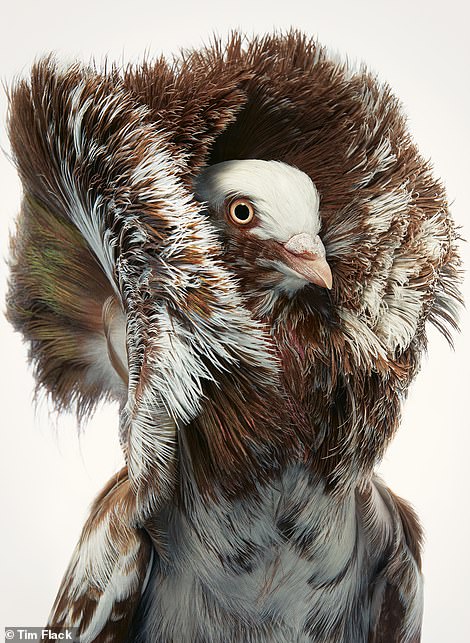 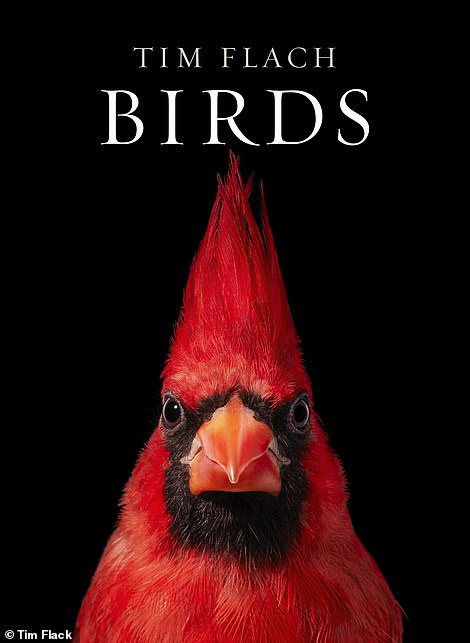 Headdress: The Red Splash Jacobean pigeon, on the left, has a very recognizable crest around the head, like a collar. It is included in the book Birds, by Tim Flack, right

End of a nine-day painting workshop at Chitkara University: The Tribune India