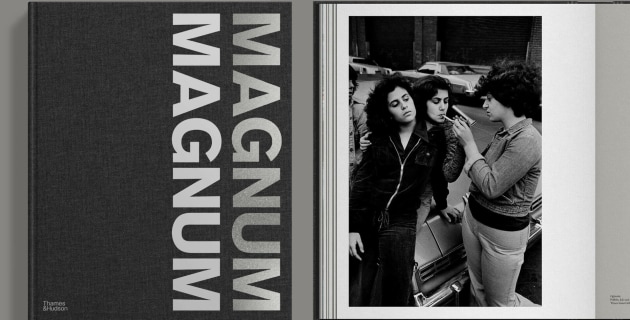 Magnum will release a limited edition book for the 75th anniversary

To mark its 75th anniversary, the legendary cooperative Magnum Photos sells a limited edition of its now iconic publication, Magnum Magnum (2007), a photobook which in its original form sold over 200,000 copies.

Since its founding in 1947 by Robert Capa, Henri Cartier-Bresson, George Rodger and David “Chim” Seymour, Magnum Photos has chronicled the peoples, cultures, events and issues of the times.

This year, and as part of its 75th anniversary celebrations, Magnum, Thames & Hudson and its publisher Volume have released a limited edition of 750 copies of Magnum Magnum, considered the definitive photobook of its time.

The original book has already been published in nine languages ​​and sold out upon release. At the time, it brought together the best work of Magnum members, including Cartier-Bresson, Capa, Eve Arnold, Marc Riboud and Werner Bischof, among others.

The new edition adds the 25 photographers who have joined Magnum over the past 15 years, and includes over 150 new photographs and over 700 pages.

But all that stuff doesn’t come cheap – the limited edition version will set you back £345 ($590 AUD), and the even more exclusive signed limited edition of just 75, which is signed by over 20 Magnum photographers, will take you will cost a clutch wallet £495 ($845 AUD).

Or, failing that, you could always settle for original book for around $50.

The limited versions are 390×320mm and are fabric bound with “foil blocking”, and will be printed on 150gsm paper. All copies will be individually numbered, with pre-orders open now for delivery in October. You can see more here.

All photographs © the photographers/Magnum Photos.

As artist Julia Chiang unveils her most ambitious work yet, she invites us into her studio to reveal what keeps her inspired