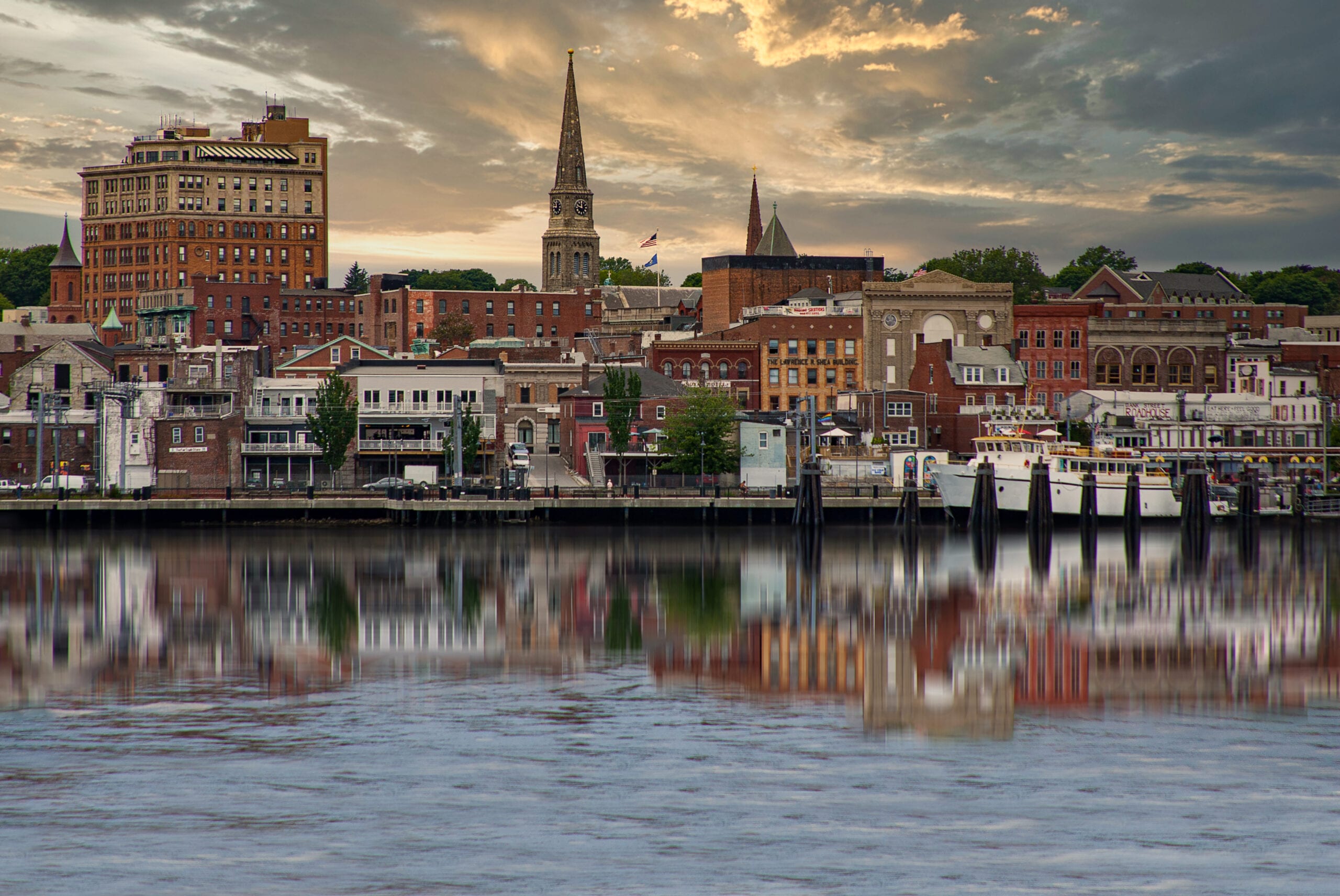 Lyme-based photographer Caryn B. Davis released his second photography book, Connecticut Waters: Celebrating Our Coastline and Waterways – part travel guide, part visual exploration of all the ways Connecticut people use our waterways for business and pleasure.

The book is out now from the Globe Pequot press.

Davis spoke with CT Examiner about what she learned from her travels through Connecticut’s lakes, rivers and sound. Answers have been edited for clarity and length.

What made you decide to document the waters of Connecticut?

There’s a lot going on here for such a small state. We have all kinds of industries, stories, and ways of using water. We have shad on the Connecticut River, we have an oyster industry like Norm Bloom and Son is in its fourth generation, we have electric boat building submarines, we have the Coast Guard Academy.

I really didn’t want to do a book on yachting and boating, I felt like it had already been done. I wanted people to understand the extent of water we live with side by side in the state. Besides the beaches, we have all of these amazing state parks, forests, and land trusts, and as you walk, there’s water everywhere.

I want people to think how lucky they are to be around this. Especially with COVID, being surrounded by all this natural beauty and water can be very calming for people. I am so lucky to live on Rogers Lake because it is such a rejuvenating space.

I hope that by taking people out on the water they will put their iPhones down a bit and enjoy nature. I can’t tell you how many times I have been on lighthouse cruises when people are just on the phone and miss the whole event – the story that is told about the lighthouses, the joy of being there. water and fresh air, and being with their families.

Part of this is a travel guide because I wanted people who might not know how they can access the water to be able to get out on the water. I also wanted to highlight our maritime roots and provide ways for people to learn about our state’s maritime history. I thought it was important to show the educational ships in our state, the Amistad replica and schooner Shiny at Mystic Seaport. History really teaches us who we are as a culture.

I worked in the film and video archives at Mystic Seaport where there was a man named Irving Johnson and his wife Exy who had been around the world seven times and they donated all of their film footage. I had the pleasure of archiving it and was just mesmerized by all the places they had been.

I love to travel so it all really fascinated me. While at Mystic Seaport I saw an ad in a wooden boat magazine looking for brave souls to sail around the world. So I sold everything and moved to New Zealand to crew an old freighter. I sailed from New Zealand to Norfolk Island in the South Pacific and stayed on this island for four months.

I’m not a good sailor, I’ll say it. I sailed from Halifax, Nova Scotia to Newfoundland, and sailed locally for a while. But when I came back from Norfolk Island, a magazine called Offshore was looking for a Connecticut photographer so I started shooting for nautical magazines.

What did you want to highlight with your photographs?

Because I had worked for boring magazines, I knew some people and what they were doing. Wooden boat builders, snack bars, nautical arts, and the fishing industry were all obvious choices to highlight.

I wanted to highlight the wooden boat builders and the wooden boats because they are works of art and they are an endangered breed. It’s a lot of money, and it’s a lot of time and maintenance to maintain these historic wooden ships, and if people don’t want to do that, they’re just going to disappear.

The “salty dogs” were kind of a surprise to me. I had no idea I was going to do this chapter, but I started to think of people who have dedicated their lives entirely to the sea and who have spent time with their families to do so.

I really wanted to capture the majesty of the Connecticut River. I even got on a plane, but it was so big your eye had nowhere to land in the photo. You know, it’s 410 miles from Canada to Old Saybrook, it could have been his own project, really. So I opted for smaller thumbnails.

The only reason this area is safe from industry and development at the mouth of the river is because of the ever-shifting sandbars that prevented them from building. We’re really lucky, otherwise it wouldn’t look what it looks like right now.

What moments or photographs of this project have marked you? Do you have any favorites?

Meeting Danny Russell the shad fisherman at 4.30am was pretty amazing.

I loved a photo I took of swallows at Old Lyme, because the light was just exquisite that night. I was very happy because I didn’t always have the luxury of being on a boat at the best time of the day.

There is a lovely image of the Avery Point Cardboard Boat Race, where one of the kids, the second he gets into the water, his boat crumbles, and he was about three feet from the water. ‘water. He’s spent all this time building this boat, and it immediately collapses, but he just laughs hysterically because it’s a really good time. It is the quintessential joy that people get from being on the water.

How to make money without working – a lot, anyway