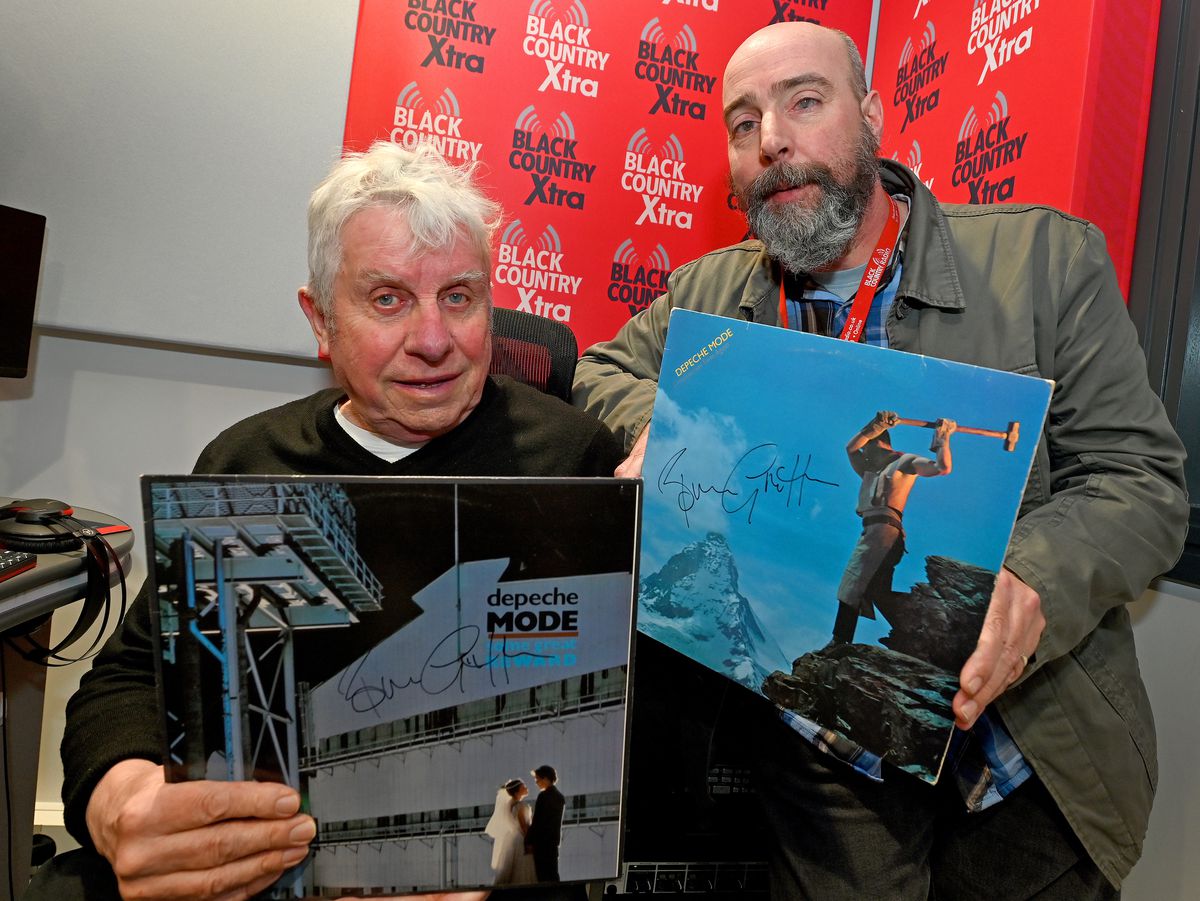 His work appeared on many album covers of the time, including that of Depeche Mode’s Some Great Reward, which was taken at Round Oak Steelworks in Brierley Hill just after it closed.

Frank Chamberlain, Cultural Consortium project coordinator and radio host at Black Country Radio, works on cultural projects and called Brian to ask him to get involved.

Frank said: “At Brierley Hill we worked on the ‘Hi! Street Music Commission”.

“It’s about bringing people to the main street and showing their art.

“We have worked with different groups to bring culture to the main street.

“We have been working on a music project that brings professionals to Brierley Hill to work with young people to create music for an album and images to go with it.

“I phoned Brian to ask him to get involved and he’s all for it.”

During his visit, Brian recorded a show for Black Country Radio Xtra which will be released at noon on March 22.

He then participated in a question-and-answer session with music students from Resonance College.

Frank added: “Today was all about raising awareness of how a child from Lye can become a world famous photographer.

“We hope he will help us with the cover of the album that the young people will create during the project this summer.”

Brian has also donated signed artwork to be auctioned off for Brierley Hill Babybank, which provides support to underprivileged families with young children.

The tender photographs of gay rodeos by Luke Gilford